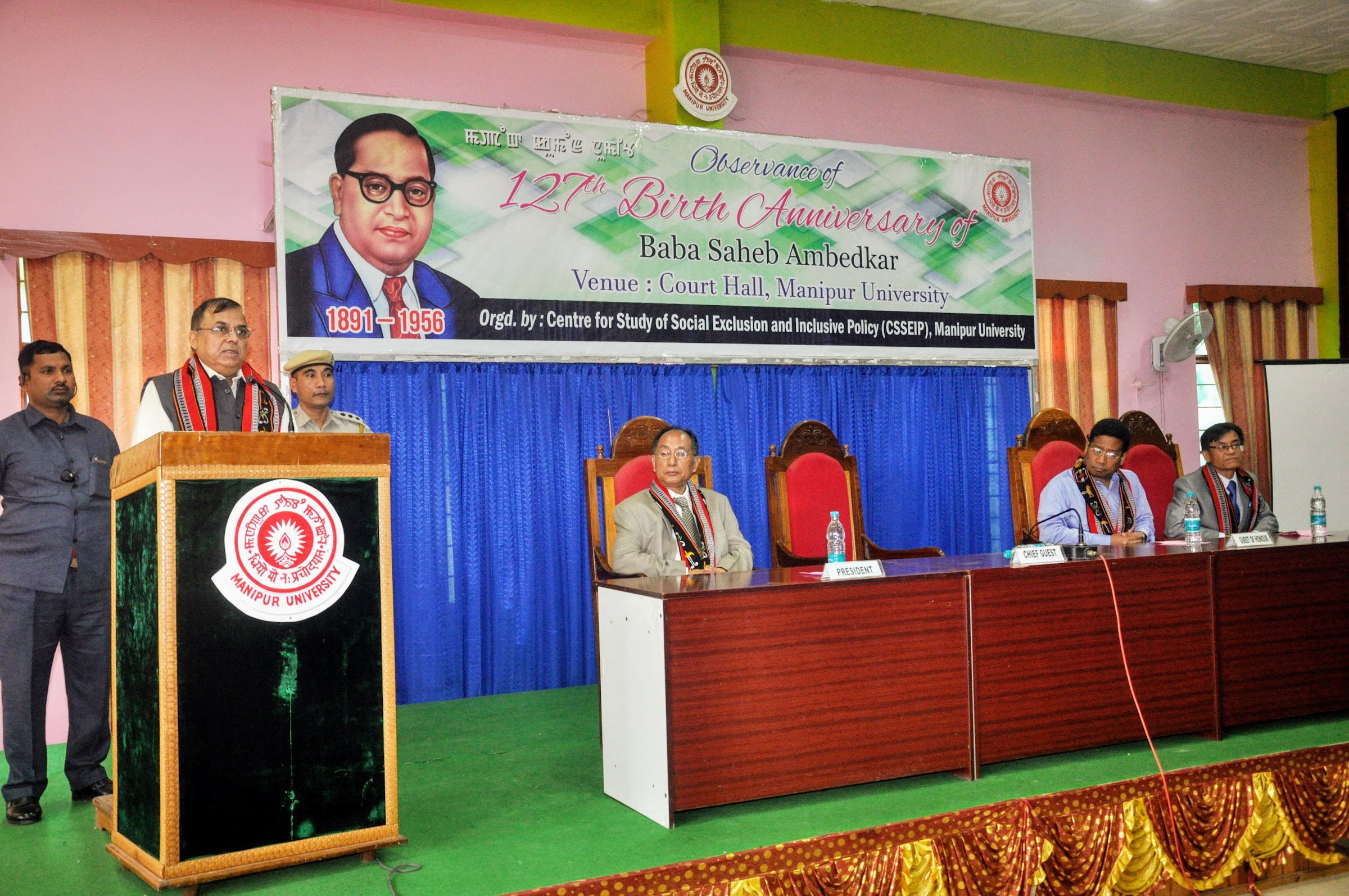 Delivering the Chief-Guest’s speech, Prof. Aday Prasad Pandey said we can remember Baba Saheb Ambedkar for various reasons. Ambdekar is the main person behind the present Constitution of India, said professor while narrating the principles propagated by Ambedkar, the father of the Indian Constitution. Professor recalled Ambedkar for his contribution for the downtrodden people and for a caste-free society.  Professor echoed the spirit and efforts made by Ambedkar to remove the social evil from our society and he also maintained that Ambedkar was not against anybody but against the ‘Social Evil’.  Professor urged all, particularly the students and youths, to emulate the ideologies and examples of the towering leader for the development of the country. He also urged the students to imbibe the habit of reading good books and to become a good writer to express good ideas which can be adopted in social reformation and social changes for our future generations. He concluded his speech by congratulating the CSSEIP for organising the observance function successfully and further appealed to initiate research works on the aspects of Abmbedkar’s life, his ideas, and principles the legend embodies.

Addressing the presidential speech, Prof. E. Bijoykumar Singh said Ambedkar was the greatest mentor of his time who was not understood properly even during that time. His internal struggle to give proper place to the downtrodden people of the society is the greatest contribution. To understand Ambedkar in proper perspective and different dimensions of his contribution, CSSEIP will be working on various workshops and seminars on national level in the month of September/October, said professor while announcing that a hall is being planned to dedicate in the name of Baba Saheb Ambedkar.

Speaking on the occasion, Prof. N. Lokendra Singh said Baba Saheb Ambedkar is the main architect of Constitution of India from a very humble background who managed to rise and brought substantiate changes in our social system which has been grown for centuries. Professor shared his views on increasing democratisation and economic modernisation by stating that the caste system would go away, according to the idea of many sociologists, but in reality the kind of social dividend, expected changes, and social equality are not fully achieved in rural areas.

Prof. Ksh Rajendra referred Ambedkar as multifaceted personality and one of the highly educated Indians of his generation. He pointed out the instrumental works of this leader in bringing out an important reformation of labour movement in the country by bringing down working hours of labours from 12 to 8 hours. Professor further stated that the pioneering ideologue and ideas of Ambedkar have been sidelined post independence.

Dr. Yaiphaba contextualised the plight of the Yaithibis of the state. He evoked the idea of Dr. Ambedkar to bring about an equal social change in the state also.

The function commenced with felicitation, honouring of the dignitaries with bouquets, mementos and lengyan Phi.

The function concluded with Vote of thanks proposed by Dr. Th. Bharat Singh, Reader, CSSEIP.