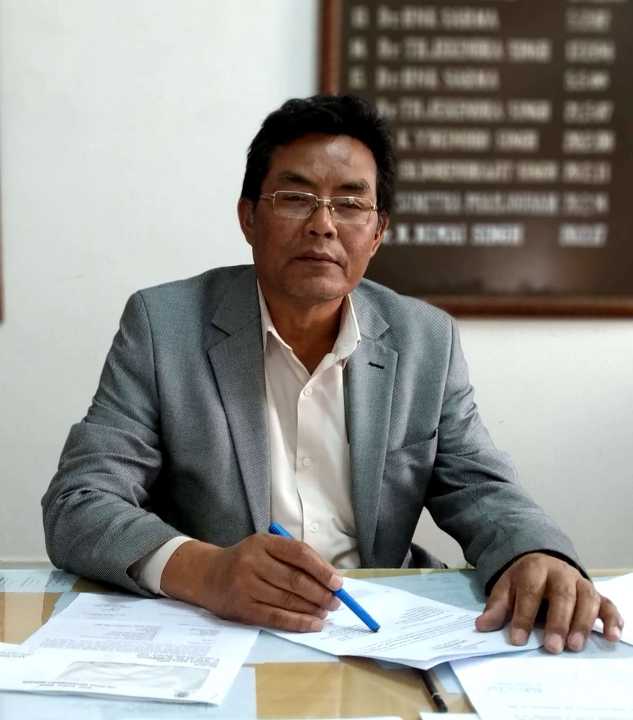 
A. Names of scholars who have completed Ph.D.degree under my supervision:


B. Names of scholars who are still working for Ph.D.degree under my supervision:


As Editor of Journals:


As a tutor in JRF/NET Training Courses:

First Phase:
The research work in this phase (1984-1995) is centred around a specific model of hadrons in terms of quark composites – a QCD-motivated relativistic few-quark dynamics based on the covariant Bethe-Salpeter Equation (BSE) in the light-front (Null-Plane) coordinates. The model is characterized in a two-tier fashion where the first tier corresponds to a three-dimensional reduction of a four-dimensional  Bethe Salpeter Equation through a Null-Plane ansatz in order to facilitate a good contact with mass spectra of the hadron composites. This stage is referred to as on-shell test of the model. The reduced BSE is shown to obey an explicit Null-Plane (NPA)-Covariance where the resulting covariant three-dimensional BS wave function thus qualifies for the applications involving hadrons in arbitrary motion.  The second tier constitutes a reconstruction of the four-dimensional BS wave amplitude which incorporates the covariant hadron-quark vertex function from the covariant three-dimensional BS wave function. This is possible through the incorporation of the virtual sea-quark effects (higher Fock states) through the lowest order Feynman diagrams. This stage is referred to as off-shell tests of the model. With the help of such four-dimensional BS amplitude, various electromagnetic and hadronic transition form factors can be calculated in the usual field theoretic method. The formalism had been tested through actual calculations, viz., starting from low energy applications to high energy transition decay processes on one hand and from light to heavy flavours of quarks on the other. The applications include the mass spectra of hadrons both for light and heavy flavours, transition form factors and hadronic decay rates, the structure functions and fragmentation functions. The present model is comparable to other contemporary QCD-motivated models available in the literature in terms of its comprehensive conceptual framework and predictive power.
Second phase:
In this second phase (1996 onwards) the author has been doing theoretical research work in the field of gauge theories of fundamental interactions in general, and the left-right symmetric Grand Unified Theories (GUTs) with and without supersymmetry, such as SO(10) model and models based on higher rank groups in particular. One of the objectives is the calculation of the low-energy observable predictions in these models. Our research papers are connected with the renormalization of the neutrino masses with uncertainties in SUSY S)(10) model, and the question of the third generation Yukawa couplings unification at both intermediate scale and GUT scale. The analysis is extended to non-SUSY SO(10) model with one Higgs doublet model and two-Higgs doublet model.
Third phase:
The research work of the author in this phase is also related to the question of understanding the tiny masses of three flavours of neutrinos and their mixing angles at low energy scales. This is needed for the explanation of the deficits in the observed solar and atmospheric neutrino fluxes as compared to the theoretical predictions. In the present work there is an attempt to generate possible textures of neutrino mass matrices and leptonic mixing matrices from GUTs with extended U(1) family symmetry, and this can explain the observed data on neutrino masses and mixings. Further studies are made on the stability of the neutrino mass eigenvalues and mixing angles under Renormalisation Group equations (RGEs) in running from high energy scale to low energy scale. The asymmetric decay of the right-handed heavy neutrinos in the early universe, is responsible for leptogenesis in the Universe. Baryogenesis is formulated from leptogenesis through sphaleron transition process. At the moment the author is actively engaged in the application of neutrino physics for the explanation of matter-antimatter asymmetry.  Some unfinished agenda in neutrino physics are - the type of neutrino whether Dirac or Majorana and CP violation in neutrino sectors. The field is exciting with full of uncertainties.

Some articles related to popularization of Science
Published in various newspapers/magazines/journals: (written by N. Nimai Singh)