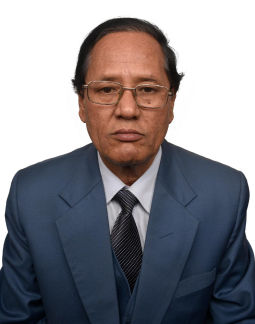 1.Japanese and Manipuri for Beginners

3. Participated International Seminars on abolition of Nuclear Weapons for a peaceful earth . Organised by the Mayors for Peace, Hiroshima, Japan in 1997 and 2001.

4.Article published on Manipur Japan relations in the post WW II in the souvenir for commemoration of the 75th Anniversary of the Battle of Imphal on Jun 22,2010

5.”Teaching and Learning of Japanese Language in the North East with special reference to Manipur” Paper presented in the 1st Korean Studies Workshop for Indian Educators in the North East India,9th November, 2019

6. Organised a Lecture on – Influence of Culture on Japanese Language by Dr.Kaburagi Yoshihiro 19th March,2019